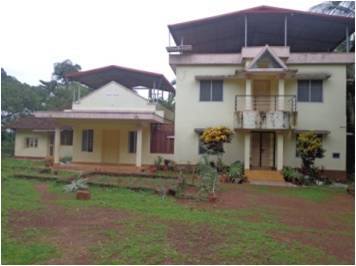 One among the Jesuit Missionaries Fr. Alexander Camissa sj, who came to Mangalore Diocese, was destined to found the Pavur Mission and initiate the growth in faith life and all-round development of the Koraga Scheduled Tribe. Beckoning to Christ’s call, he left his ‘Italian Home’ to ‘adopt his Missionary Indian Home’ initially teaching in St. Joseph’s Seminary at Jeppu, Mangalore for 13 years, from 1906. Contact with the Tulu Speaking Koraga Tribe of ‘basket weavers’ and their plight ‘to be on the move in search of raw material’ made him ‘to respond to the second Missionary call’ to ‘find a settlement to this Wandering Tribe’. Like Moses who was commissioned to lead the Israelites to the ‘Promised Land’ Fr. Camissa led these ‘People of God’ from Jeppu, Mangalore to Pavur about 25 km away from Mangalore, having obtained from the British 308 acres of land, with the co-operation of the Bishop. Like ‘Moses of the Old Testament’ he pitched his tent among his ‘Missionary Relatives’ on the slopes of Pavur hills, having provided a ‘Tent for the Lord’ and ‘shelter for His people.’

Every morning, like ‘Moses of Old’ who collected ‘God’s people’ to ‘listen to God’s Message’ Fr. Camissa collected his ‘God given People’ ‘to listen to the voice of God in the Morning prayer and the Eucharist’ and provided them ‘the manna of material food’ during the day, while working with them for their settlement. In between, he attended to their spiritual needs teaching them Catechism and attending to the basic literacy needs of the children. While adapting their life style and being one among them, he enthused and encouraged them by visiting them in their homes and ‘living surroundings.’ He replenished his material resources for his ‘adopted people’ by visiting Italy and France to collect monetary help from time to time, to be able to ‘put them on their feet.’

Fr Camissa worked in Pavur for 27 years. On September 7th, 1955, he died in Mangalore where he was hospitalized. In 1968, the then Bishop of Mangalore, Bishop Basil D’Souza, ‘shifted his bones and interred them in the church in Pavur so that he could continue to inspire and intercede for his ‘adopted people.’ Every year, on his death anniversary he is lovingly remembered by the people as ‘Ajjer Swami’ (grandfather priest, in Tulu) and Mass is offered for the repose of his soul.

After Fr. Camissa, the Pavur Mission was continued with the help of 12 diocesan priests, who also cared for their ‘God given people’ each in his own unique way from 1940 to 1997. In the year of the Consecration of Bishop Basil D’Souza, the Bishop asked the Parish Priest, Fr. Peter Paul Crasta, his preference for the Congregation of Religious to work in the mission. And as per his choice, the Sisters of the Apostolic Carmel were invited to open their convent in Pavur in 1968 and thus came to be associated with the Pavur Mission. The Sisters tried to respond to the needs of the people, teaching the elders and the children Catechism, preparing them for First Communion, couples for marriage and the dying ‘to meet God’. In the absence of the priest, they also conducted their burials. Efforts at rectification of marriages and building up families also continued as part of the Mission.

This Mission continued responding to the needs of the time. Over the years, the parents have realized the need to educate their children. They are being sent to schools, colleges and also for professional courses. Initially two A.C. sisters taught in the A.L.P Parish Primary School. Since the A.C. Sisters have no other school in Kerala State and transfers are not possible, the Ursuline sisters are managing this parish school at present.
From 1997 the Pavur Parish mission was entrusted to the care of the Salesian priests. They built a big church in 2005. Fr Myladore sdb also helped people with rubber cultivation, so that they could stand on their own feet. An English Medium School was also started in 2007, initially managed with the help of the A.C. sisters and later taken over by the Salesian priests in the year 2015.

The Sisters continue their service in the Parish, besides teaching in the school. The Province has provided the sisters with better accommodation and facilities, though initially they lived in a small house like the people. With Sister Carmel Rita as the Provincial Superior, fresh organized Social work was initiated, and the dilapidated old house was renovated in the year 2017, for the purpose and named as Mother Veronica Vikasa Kendra, after our foundress. It is meant to encourage reading habits, organize guided study etc. While getting involved with the families, Sister Agatha Mary initiated the de-addiction programme. This has brought about a change in the lives of 14 people.

We thank God that more than half have stayed away from drinks, though some of them have gone back to their old ways. At present, five Sisters, the Superior render their services here with zeal and love. May God guide them to continue the Mission of His Son Jesus, inspired by the zeal of Fr Camissa.

Contact Details:
Seva Ashram
Gerukatte
Pavur P.O.
Via Manjeshwar - 671323
Kerala
Ph. No. (04998) 272357
email: This email address is being protected from spambots. You need JavaScript enabled to view it.