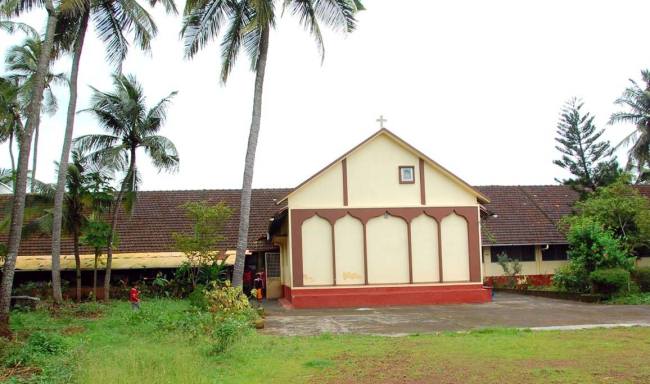 When the Apostolic Carmel Novitiate at Presentation Convent, Maryhill opened in 1938, there was not a single school around this pucca village then. On seeing the needs of the poor children around, the then Superior General, Mother Josephine was keen on having a Primary School and an Orphanage. This meant that Sisters could teach in the School and there would be enough number of Sisters to form a small community along with the Novitiate staff.

The early history of the school is interwoven with the history of Presentation Convent, Maryhill. The Sisters were living in Maryhill and attending to all the spiritual exercises there but the orphans were left to themselves. It was the then Superior General Mother Carmelita who understood the problems of the school Sisters, and directed the Headmistress Sister Eleanora, to make arrangements at the earliest for them to shift and reside at Bala Graha which was the name given then. This would help the Sisters to be with the orphans to supervise their activities and studies, share with them whatever they had and give their best to the children. It was not an easy job to get the Convent ready for the Sisters because of the lack of funds, but Sister Eleanora’s undaunted courage and quiet ways made it possible to get everything ready at Bala Graha.   So the first batch of four sisters, Sisters Eleanora, Zita, Lucy Lobo and Eula shifted on April 1 1973. The Convent was named Bal Yesu Nilaya.  Sister Eleanora was the first Superior and she continued as the Headmistress of the Infant Jesus Primary School.

Various projects were undertaken with the aid received from Mrs. Rosi Gollmann and the donors of Andheri Hilfe of West Germany. It was received through the kindness of Fr. Edwin Pinto, the director of   C.O.D.P  who took keen interest in the orphanage project and helped out.

On the feast of our Lady of Mount Carmel July16, 2014 the new block of the Children’s Home was blessed by Rev. Fr. Andrew D’Souza the Parish Priest of St. Lawrence Church, Bondel and inaugurated by the Donors Mr. & Mrs. Johnson Mathew, Proprietor of Trans Asian Shipping Corporation, Cochin; along with their family members. The then Superior General Sister Agatha Mary, Sister Linette the Provincial Superior and the Sisters from the  neighboring communities were present for the programme.
Infant Jesus Higher Primary School celebrated its Platinum Jubilee on August 8, 2014 with a Thanksgiving Prayer service. The solemn celebration was on of December 17, 2014 to mark the closing of the Platinum Jubilee Year of the School.

At present there is much support for the orphanage from the locality. Sisters instill in the children moral values, good manners and study habits. They are taught  to keep the surroundings clean and tidy. All the children actively participate in the Eucharistic celebrations in the Convent Chapel daily.    On Sundays six Seminarians from the Jeppu Seminary render their services from 9.45 a.m. to 11.45 a.m. Mrs.  Felcy Miranda our A.C.A. President comes to teach English and Mathematics in the evenings. Several donors and benefactors come to celebrate their birthdays etc. and give them food and other useful gifts.

We thank the Almighty God for His providential care and we hope to continue to impart His Kingdom values to those under our care.