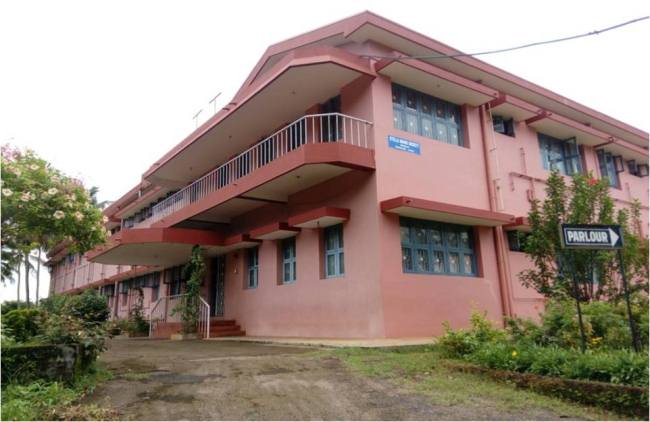 Every community exists in response to a particular mission. So was the seventh Convent of the Institute – Stella Maris Convent, Kotekar, came to be. It was the dream of Mother Marie Des Anges - our first Superior General to provide the Sisters with a Holiday Villa, a space to recoup their strength and refresh their spirits for short periods of time, so as to enable them to work with fresh vigour and apostolic zeal. Mother Aloysia the second Superior General made this dream a reality.

Dr. L.P. Fernandes of Fr. Muller Hospital helped in securing a plot of 5 acres, five kms. away from the city of Mangalore, in Someshwar village - now known as Kotekar, close to the sea and the railway station. The construction of the little Bungalow was carefully done under the supervision of Sister M. Louise, and on February 28th, 1919 the Convent was opened and dedicated to our Blessed Mother under the fit title ‘Stella Maris’. Initially, Stella Maris housed only a small community of three sisters. Though Mother Aloysia did not think of having a community there permanently, this place was found to be an ideal place for the sick as it was surrounded by trees, plenty of fresh air and sea breeze; more land was purchased and a small cottage was constructed to shelter the ailing Sisters who needed seclusion.

Sister Philomene was appointed as the first superior of the little community. Exactly a month later, the Convent was brightened and sanctified by the presence of the Eucharistic Lord who came to reside permanently. The Sisters managed to transform the compound into a fruitful orchard. They spent their time instructing the aspirants to religious life, in spiritual duties, in reading, cooking, cultivating and managing the little house. The community at first belonged to the Permannur Parish and the Parish Priest Fr. Sebastian Vincent Rebello spared no efforts in providing spiritual help to the Sisters for nine years, with great sacrifice and regularity. Later, the Convent was assigned by the Bishop to Ullal, Paneer Church.

Though meant to be a holiday resort, the community of Stella Maris did not forget its missionary apostolate. At first the Sisters took up needle work classes for women. During the first joyful decade of years, in a special way, Stella Maris fulfilled a variety of roles and rendered many splendored services in the Institute, as a holiday villa, a meeting ground, a place of homely festivities, an oasis of rest, a shrine of prayer and adoration, a place of refuge for the ailing and the troubled, an institute for religious initiation, a house for study, a fruitful garden, a home for the poor and a centre for evangelization.

The local fisher folk requested the Apostolic Carmel to open a school for their children; hence Stella Maris Kannada Primary School was started in 1935. In 1938 Stella Maris Orphanage was established to provide opportunity of education for the poor children from remote villages. 1993 marked another milestone in the history of Stella Maris Convent when it housed ‘Sannidhi’ – the Novitiate House of the Karnataka Province.

The Convent Chapel being comparatively closer for the people of the two church wards -St. Lawrence Ward and St. Sebastian Ward of Paneer Church, is a semi parish and hence are permitted by the Bishop to attend Mass in the Convent Chapel. The community takes responsibility for shared Liturgy, Sunday Catechism for the children, SCC meetings and Holy Communion to the sick; it arranges for confessions, visits to their houses, especially on occasions of bereavement and nuptials.

In the year 2010, Carmel English Medium School was started to provide the facility of English Medium education for the locals. In the year 2015, a beautiful new Chapel was constructed on the entrance side of the Convent. Thus, Stella Maris Convent has grown in all ways reaching out to the people in their needs and making Christ’s presence felt through the little community. Mother Mary, has been the guiding star on its life’s journey.

Contact Details:
Stella Maris Convent
Kotekar Post
Mangaluru – 575 152
Ph. No: 0824-2466437
e-mail: This email address is being protected from spambots. You need JavaScript enabled to view it.