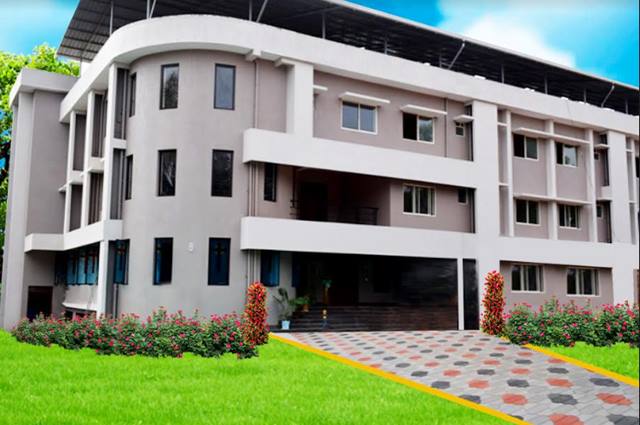 The Apostolic Carmel Congregation was founded in Bayonne – France, as a Carmel for the Missions. This dream of our Founder Mother Veronica was materialised when the first batch of three Sisters of the Congregation landed at St. Ann’s Convent, India, Mangaluru on 19th, November 1870. To mark the 150 years of its Establishment in India, the Congregation planned to start new projects besides the education in their respective Provinces. The sisters of the Provincial House, St. Ann’s Convent prayed earnestly to show the way. In answer to the prayers the Superior General herself gave a call to the then Provincial Superior, Sister Carmel Rita and said “There is a lady, Mrs. Gladys Monteiro who wishes to donate her land at Paldhane in the name of her late husband Mr. Victor Monteiro to fulfil his fond wish to put up a Senior Citizens’ Home” and she continued to say that if we are interested we could receive this gift for the same project and have a new mission in the Province.

The Provincial Superior shared this good news with her team and the members visited the place. They found that the land was 40 cents and was a level ground, close to the road, church and the hospital. While the sisters were pondering over the humanitarian need, they felt that they should accept this gift to accommodate the elderly who are left alone by their children for different reasons. After obtaining necessary permissions the structure to house 30 aged persons, and five sisters was planned and executed. The foundation was blessed by Fr. Walter D’Mello and laid by Mrs. Gladys Montero on 24th July 2017. The work was undertaken by Mr. Alwyn D’Souza. Construction work was delayed due to the problems faced to get Licence from the government. Finally the building was started on May 20th 2018 and completed and blessed by Rev. Bishop Peter Paul Saldanha and inaugrated by Sr. Susheela the then Superior General on June 13th 2020, along with the Provincial Superior Sr Maria Shamita. The first community of Shanti Vihar with Sr Maria Asumpta as the Superior along with sisters Benedicta Furtado, Maria Sonal and Erena Fernandes started staying in the Convent thereafter.