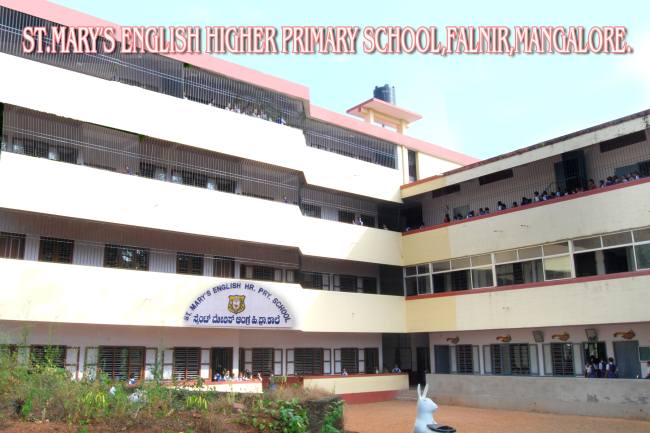 It was at the request of the Parishioners of the Milagres Church that Mother Marie des Anges, the then Superior General of the Apostolic Carmel Sisters, started a school in 1895 in a rented bungalow at Hampankatta. In 1932, Mother Josephine, was offered a magnanimous gift of an imposing bungalow and a big compound. The location was in the centre of Falnir and at the heart of Mangalore, and it was known as “Marjil House”. The donor, Mr. Manuel S. Mascarenhas, offered this property to the Apostolic Carmel Sisters.

The transfer of the school from Hampankatta to this spot was done on January 14th, 1932 by Mother Xavier and Classes I to V were opened at Marjil House. Several developments took place between 1960 and 1983. The Kannada Middle School was shifted to Nazareth compound which was purchased in 1939 from Mr. Frank Saldanha. A building was constructed and completed in 1962. The English school got its recognition as an Unaided Private School in November 1965.The English Primary School was bifurcated from the High School and Sister Maria Sheela was appointed as the Headmistress in June 1980. To accommodate the growing number a new building was considered as a priority. The building work was started on March 19th, 1988, on the site of the old buildings of the Kannada Primary School in the Nazareth compound. On December 22nd, 1989, the English Higher Primary School with the ground and first floor was blessed and inaugurated by Late Bishop Rt Rev. Dr Basil S. D’Souza. The Memorial Plaque was unveiled by Sister M.Veronica, the then Provincial Superior.

The School is growing in tune with the changing demands of the fast developing society. Laudable is the role of the dedicated Pioneers, Staff, Ex-Mariettes, Parent-Teacher-Association, Parishioners and the well-wishers of the institution over the years, without leaving out our A.C. Associates in recent years. The Management and those who steer the wheels of administration now implore God’s blessings on them bowing their heads in deep appreciation and gratitude to their predecessors.

The Golden Jubilee Year 2011 marks a significant milestone in the history of the school. Sensing the needs of the time and to instill love and compassion for the poor and the needy, especially among the students, a number of projects and outreach programmes were implemented. The dedicated staff strives to be shining lights and messengers to carry on with greater zest and vitality, the ideals and aspirations of this institution. The students who move out of this institution, imbued with faith in God, integrity of character, respect for every individual and pursuit for excellence eventually become agents of education for transformation!