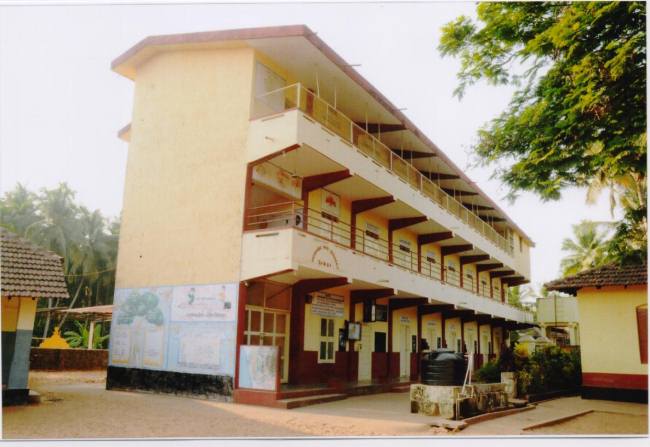 It was in the year 1930 under the leadership of Mother Josephine, the third Superior General of the Congregation and at the request of Bishop Valerian D’Souza, St. Joseph’s Higher Primary School started at Kundapura. The pioneering sisters occupied a poorly furnished small house on 25th March 1930. They settled down in the upper storey and reserved the ground floor rooms for their apostolate. Each scholastic year saw the addition of one new class. The people were proud of the achievements of their children and their studies. The children from far and near, flocked to the school, irrespective of caste and creed as it was noted as the best School. As the strength increased, sections in each class also increased. In 1938 the Primary School was upgraded to Higher Primary School and it was granted permanent recognition.The High School was started in 1946 to continue girls’ education after Std. VII.
The following Headmistresses served the institution right from the beginning: Sisters Columba, Fides, Stephanie Mary Fernandes, Florinda, Claretta, Marcelita, Marcian, Bernadette Mary, Felcian, Aquineta, Maria Kirthan, Maria Assumpta and Maria Vibha.
Dedicated, hard working and efficient staff lay a solid foundation for the all round development of the students. “To teach is to touch the life forever”- With this view all the staff from the beginning have striven hard to be beacons of light spreading knowledge and values.