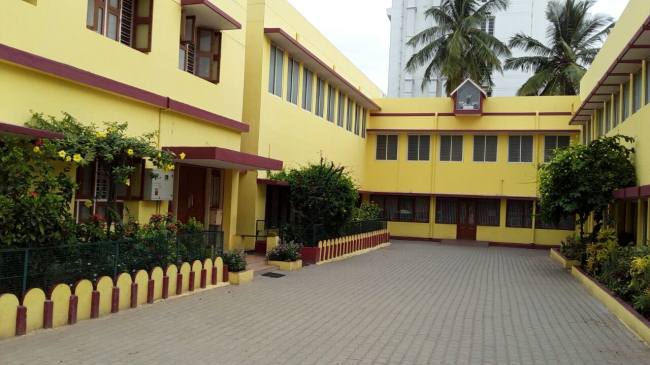 St. Joseph’s Convent Mysuru was established in 1962. After a few years at the repeated request of the community, Mother Theodosia A.C., the then Superior General permitted to open a Nursery Class. This was never a success, as there were not more than 10 pupils. Even among them, some left during the course of the year without paying the school fees.

However when Sister Florence A.C was the Superior in 1969, there was a steady progress in the K G, under the able supervision of Sisters Virginie and Lea. The Primary section was started in 1970. With this the strength in the Kindergarten grew steadily from 10 to 50 in June 1971.

As it became increasingly difficult to cope with the pressure of admission it was decided to stop admitting boys. Accordingly only girls were admitted to the K.G in June 1996. A second section was started in the year 2003- 04 and a third section was added from 2008-09. To accommodate the children of the third section Sister Florine Pinto the Superior and the Headmistress of K.G put up a first floor block on the existing building with six class rooms, toilets and a hall. At present there are 374 students. Many parents still seek admissions for their children here and tell that this is one of the reputed Schools in Mysuru.

The torch of education that lit through the tireless effort of the Sisters has continued to burn brightly and has made many responsible citizens enabling them to lead a good life.