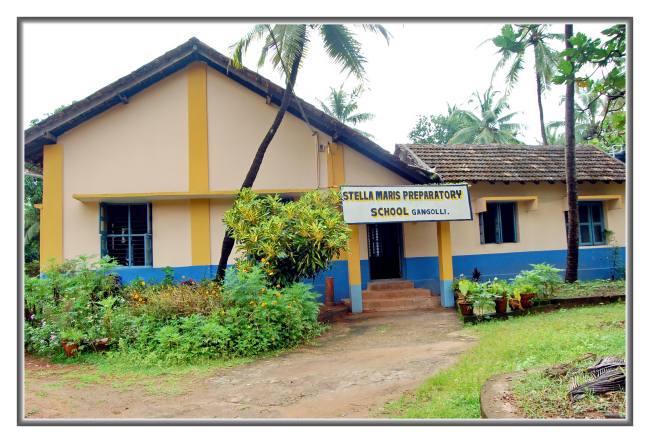 The K. G. School at Gangolli saw the light of day in the year 2007 – 2008 with 14 students on roll and the first Headmistress was Sister M. Aniceta A.C. The school was formerly named as Carmel Convent Kindergarten. The classes were held in a two-room building in the corner of our Convent compound. The number of students remained more or less the same until 2013 and then slowly went up to 40. For the past three years, i.e. from 2014 – 2017 the K.G. classes were shifted to the hall of St. Joseph’s Higher Primary School of the Parish paying them a little rent, since the new building of the Convent in memory of its Golden Jubilee was under construction.

The K.G. school was registered on March 27, 2015 and named as STELLA MARIS PREPARATORY SCHOOL. It was shifted to the renovated structure of the old convent building in June 2017. Gangolli is a bunder area of the Arabian Sea and most of the families are fisher folk, and their children come to our school, with their mother tongue Kharvi Konkani. Most of our students are Kharvis, and by eating fish they are strong and healthy. We take great care of them and educate them according to the present syllabus and we use Play-Way methods in teaching.