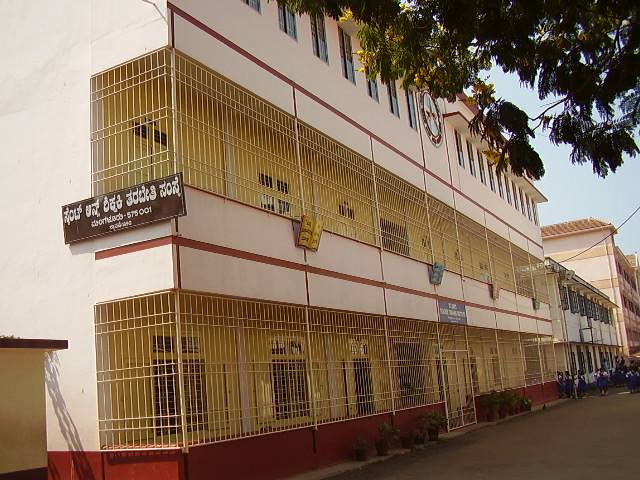 St. Ann’s TTI, started in 1890, celebrated its Post Centenary Silver Jubilee on October 14, 2015. A Pioneer Institution for the training of Women Teachers along the West Coast. During the course of 125 years it has more than fulfilled its objective of providing quality and integrated education to young girls to become beacons of light not only in India but in different parts of the world.

Under Sister Aloysia’s skilful management, St. Ann’s School progressed rapidly. Since the school was producing good teachers, the Director of Public Instruction, acting on the suggestion of Mr. Bradshaw, the Acting Inspector requested the Management in 1880-1882, to open a Training School at St. Ann’s School, in order that the training received by its teachers could be extended to other schools.

In 1888, the Director of Public Instruction reiterated his request for a Training School at St. Ann’s, with the promise of a liberal grant. Finding that the request could no longer be put off, Sister Aloysia and two other sisters were sent to the Training School at Madras.

They returned to Mangalore with flying colours, Sister Aloysia having secured the First Place in the Madras Presidency.

1990 was a land mark in the history of St. Ann’s TTI as it completed a hundred years of service to the nation and to the world. The Post-Centenary era saw further growth and development in the institution. In 2002 the NCTE permitted ST Ann’s T.T.I to start the English Medium section. On the basis of the Government policy, the Teacher Training Institutes are now known as D.Ed Colleges awarding a Diploma in Teacher Education. From 2016 the Institution came to be known as D.El.Ed. (Diploma in Elementary Education) - a 2 years course. The trainees are involved in curricular and extra-curricular activities both in their institution as well as inter-college, zonal, state and national level.

In August, 2012, a group of six members from Makerere University Business School, Uganda, visited St. Ann’s D.Ed. College. They were given a traditional welcome. They were much impressed by the training given. The school strives to keep the flame alive by imparting skills, keeping in mind the rapid changes in the society, to bring out the best in the children entrusted to their care.