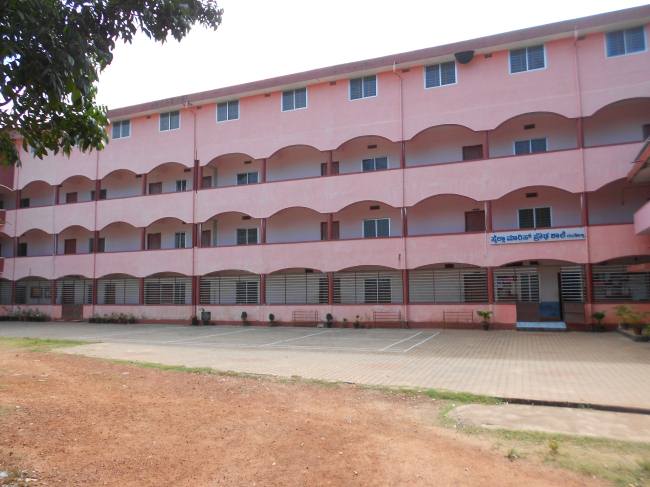 Gangolli is a small coastal village. The main occupation of this little hamlet is ‘fishing’. In 1950s, there was only one school in Gangolli and only those who could afford were schooling and the young girls were sent as house maids to other places for their livelihood. Rev. Fr. Michael Noronha the then parish priest of Gangolli Church, a great visionary realized that good education was the only solution to improve the lot and thus obtained permission to start the High School for girls.

Rt Rev. Dr Basil D’Souza, Bishop of Mangalore requested the Superior General, Mother Theodosia to take over the management which was accepted. Thus Sr. Edilburga and the pioneering group of four sisters took up this task. On13th June 1966, with 21 students on roll the school was inaugurated and it was named Stella Maris Girls High School. In 1967 “Kripa Graha”- a boarding house was opened to provide facilities of education to the needy children of distant places and villages.

The school kept progressing. In 1968 St. Joseph’s Hr. Primary School was established by the parish priest. Seeing the need of the hour an acre and more land was purchased for play ground, put up a new school building in 1974 and due to the pressure boys were admitted in 1984.

As a silver Jubilee Memorial, a stage block, Office room and a mini hall was constructed in 1988. Sr.Archana planned a mighty school building that could house both English and Kannada Medium High School and thus this dream was realized on 15.12.2011. Religious vocations have blossomed right from its inception
.
The school and the convent celebrated its Golden Jubilee on17th & 18th December 2016 and everyone was deeply touched by the loyalty, love and respects the ex students exhibited during this celebration. With the motto ‘God is our Strength’ the students who have moved out of this school have made a difference in the society.