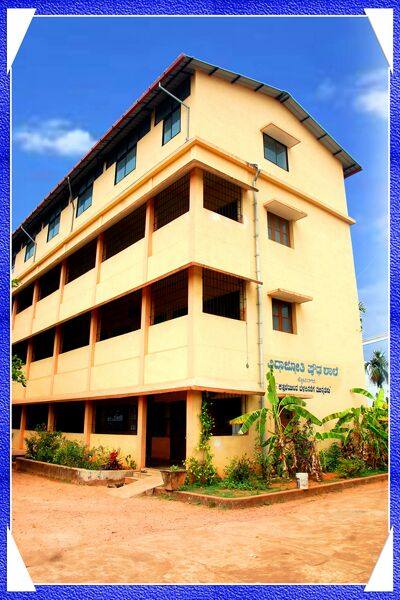 Vidya Jyothi High School, Jyothinagar, Mangalore took its birth in 2008 in response to the educational needs of the slum children of the locality as most of the students were discontinuing their studies and going for construction work with their parents. This school that caters to the migrant families was given just two cents of land on three hills. The number of people occupying these hills is rapidly increasing year after year. Sister Agatha Mary, the then Provincial Superior felt the need of educating these children further by opening a High School here. The dream was fulfilled by putting up a new building for the High School in 2008 and Class VIII was started with 47 students on roll. Sister Viventia was the pioneer Headmistress of the school. The people of the locality were happy and co-operative. Many students of the locality continued their schooling on account of this venture. The staff working in this school has given its best so that the students are motivated.

The main goal is all round development of the human person so as to establish a non-violent, non-exploiting, social, cultural, and economic order. The school vision is to bring transformation in the life of the children. The school motto is “From darkness to light’’. The school has introduced Clubs - Science Club, Eco-Club, Sports Club, Cultural Club, Kannada Club, Interact Club and Guides etc. Students have excelled in various sports, science and other co-curricular activities and have brought laurels to the school. The school is gifted with good teaching staff. It is the only unaided Kannada Medium High School of the Province. Amounts are pooled and contributed towards the payment of the salary of the staff. The results are good. The students who have moved out have already taken up jobs and improved the standard of living of their families. The locality which was called ‘Chapathinagar’ is transformed into ‘Jyothinagar’ and towards this the school has played an important role.